Fancy a chat? Got a question?

The best way to get in touch is by using the below email address. We aim to respond within two working days.

Please get in touch with us through the below email address and we will respond with further information to suit your requirements.

Please get in touch with us through the below email address and we will respond with further information to suit your requirements.

welcome to the premier free magazine with news, views, opinions and insights in to the world of motorsport, published every... monday

Thanks for signing up -- Look forward to your first issue on Monday! 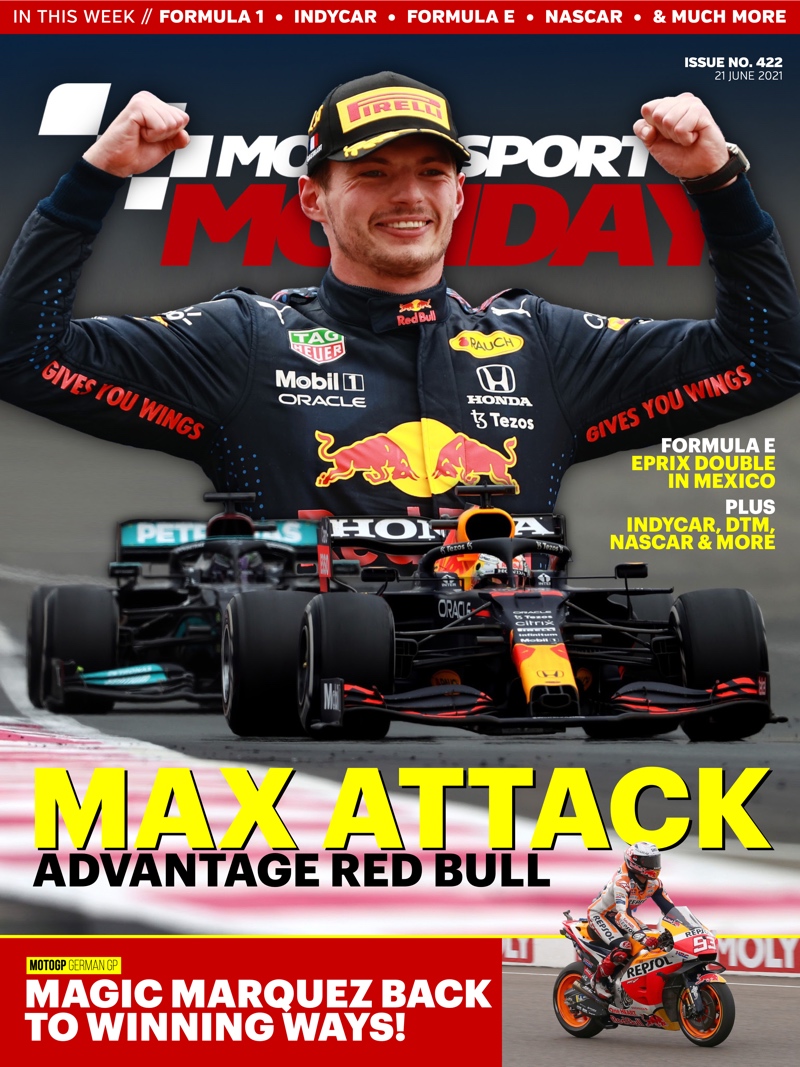 After a never-ending weekend of motorsport, it's only right that we bring you a stacked edition this week! The series was headlined by the dramatic French Grand Prix, as title contenders Lewis Hamilton and Max Verstappen went head to head again - Phillip Horton has your report.

The MotoGP championship continued on, as a returning Marc Marquez was out on a mission to keep his winning streak at the Sachsenring very much alive, which Kyle Francis spells out for you.

The all-electric Formula E championship returned after a month long break with the first ever Puebla E-Prix. With the series tipping into the second half, the title battle is well and truly heating up, as Hannah Prydderch describes. The first round of the new-look DTM series kicked off at Monza, as the championship commenced its new era under GT3 regulations, with Davey Euwema and Phillip Oakley bringing you all of the exciting action.

Stateside, IndyCar's circus rumbled on to Road America, where the drama level was kicked up a gear, as our on-location man Kevin Dejewski explains. Following NASCAR's All-Star race last weekend, the Cup series ventured to the Nashville Superspeedway for the first time - Amanda Vincent has all the information.

Click the cover to read the latest issue of Motorsport Monday